History can marvel us in so many different ways. The events, the people and their decisions are all part of our glorious history; and most important of them are the people who helped in forming it. They made it and they’ve broken it….all at once. And its not just the famous who’ve written it but all of those who were part of it are equal bearers in its making. And guess what, You and Me are currently forming a history of our own….something we will be remembered by when we’re gone. Everyone has a story….everyone has a history. History is us and we its creators. Presenting a collection of some rare, extraordinary images that you absolutely cannot miss for anything. 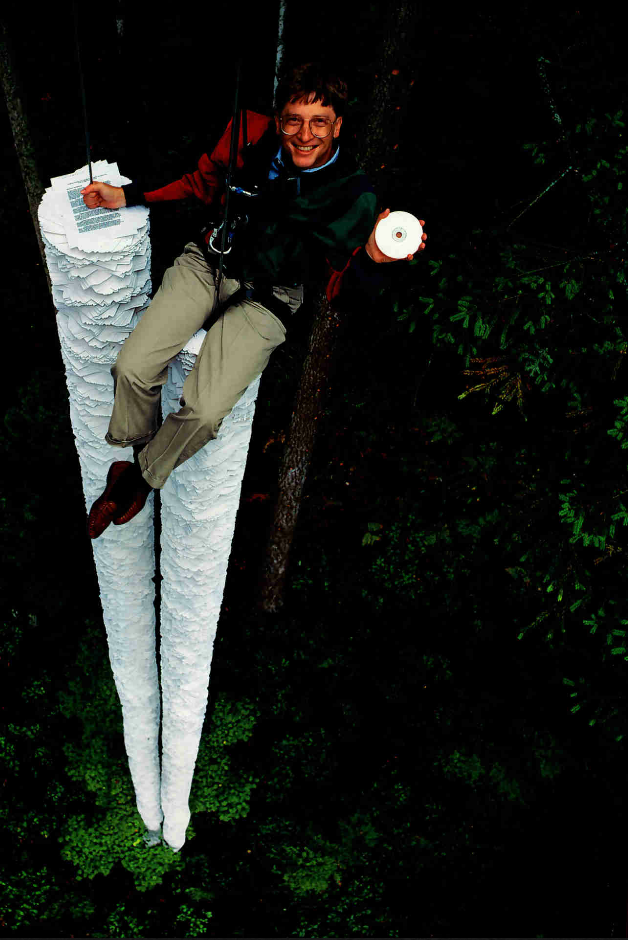 2. A young Osama Bin Laden (on the right) after practicing judo. 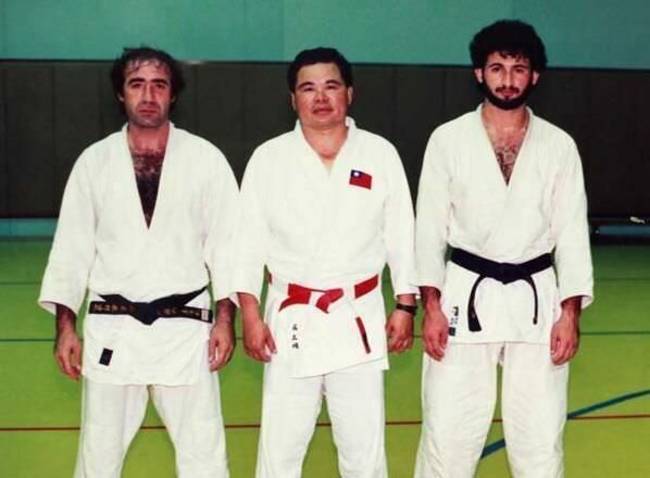 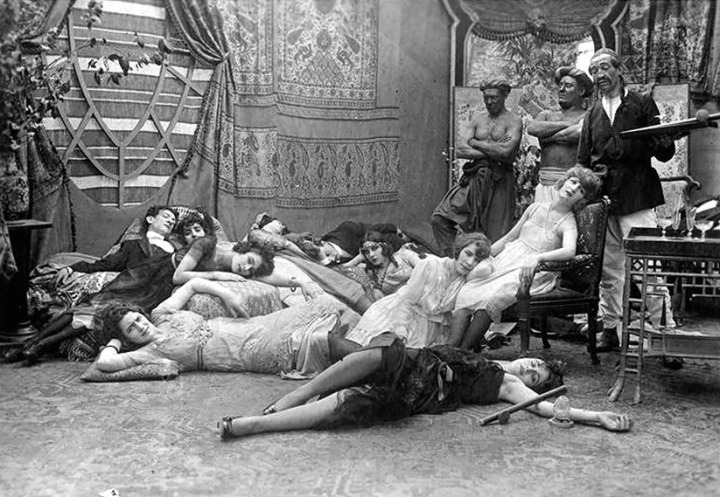 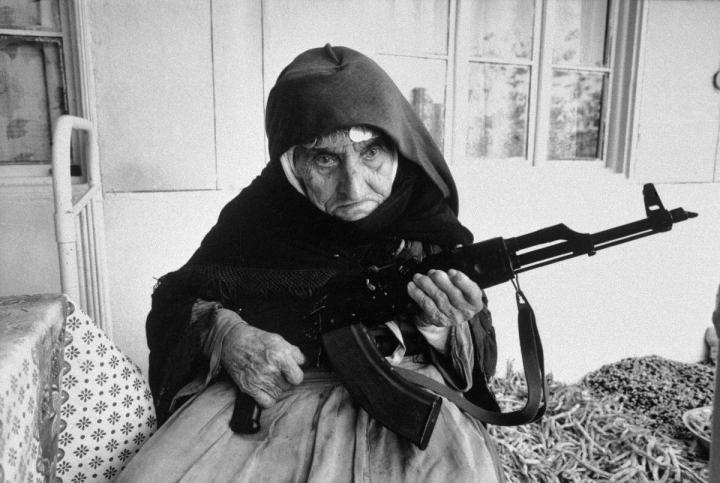 5. Baby cages used to ensure that children get enough sunlight and fresh air when living in an apartment building, (ca. 1937) 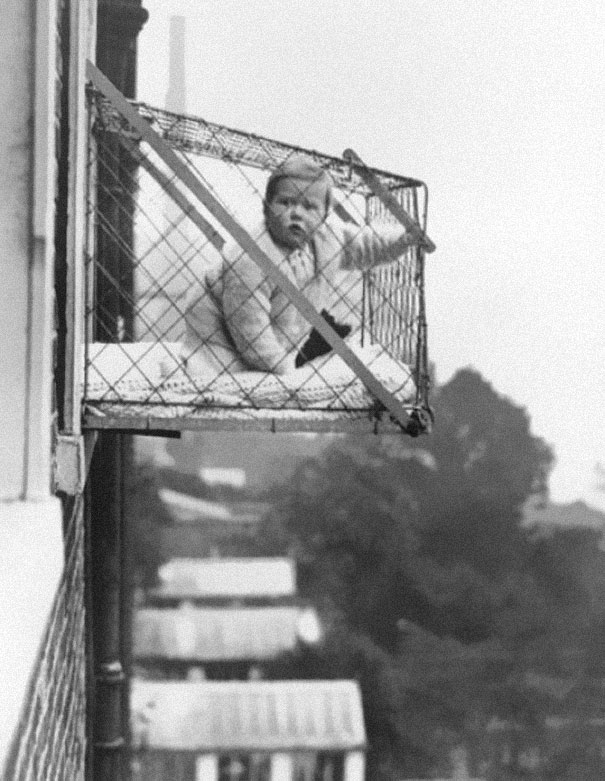 6. President Bill Clinton poses for a picture with a White House intern….Yeah! You guessed that right….Monica Lewinsky. (1995) 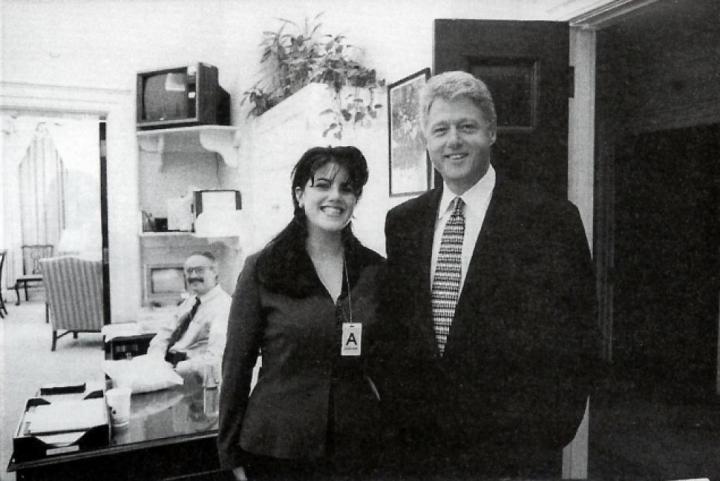 7. A mother hides her face in shame after putting her children up for sale, Chicago, (1948) 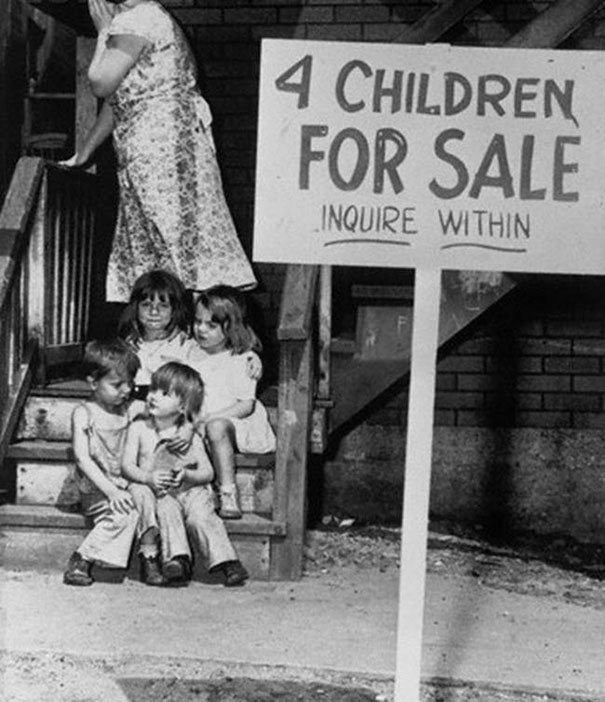 8. Jews serving in the German and Austro-Hungarian armies celebrate Hanukkah. Eastern Front of World War I, (1916) 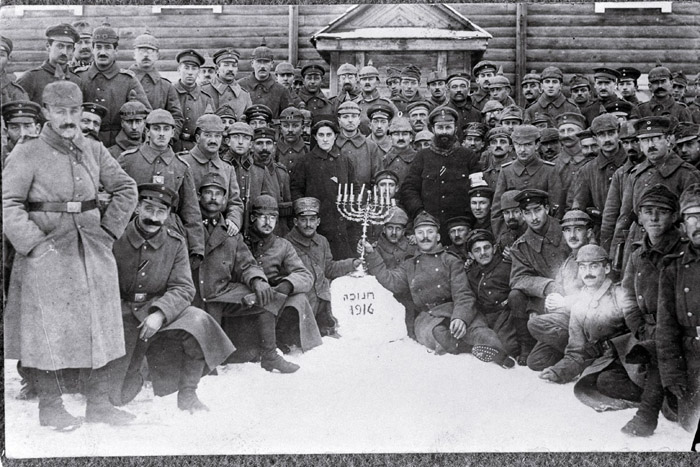 9. A beach official measures bathing suits. If they were too short, women would be fined,  (1920’s) 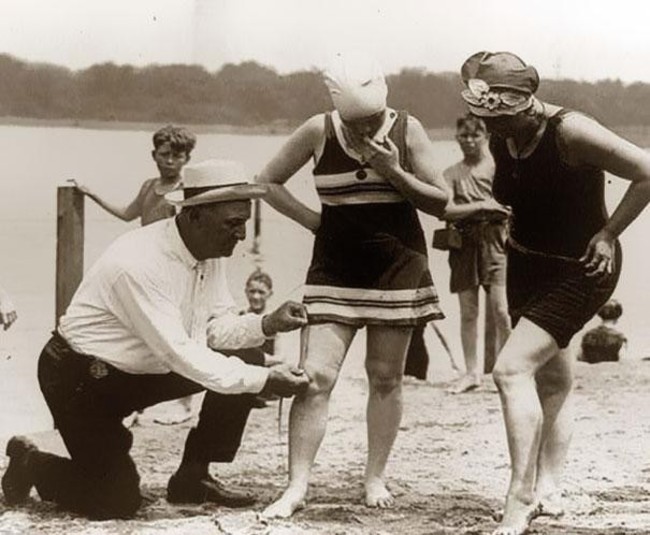 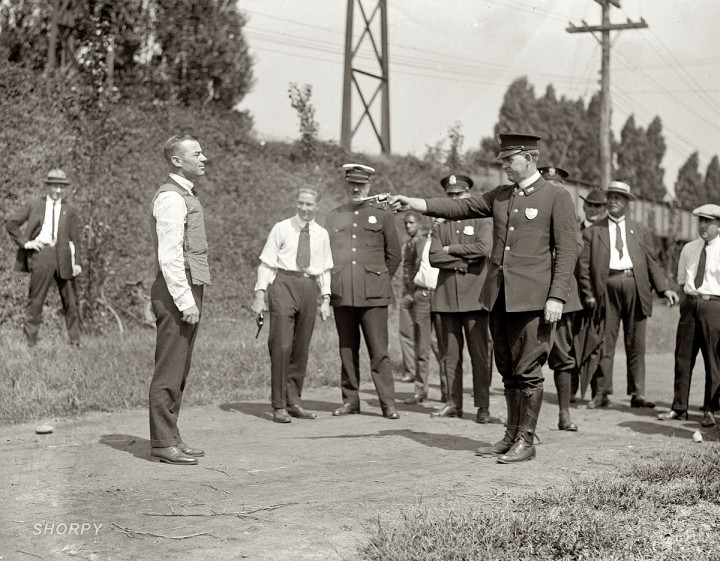 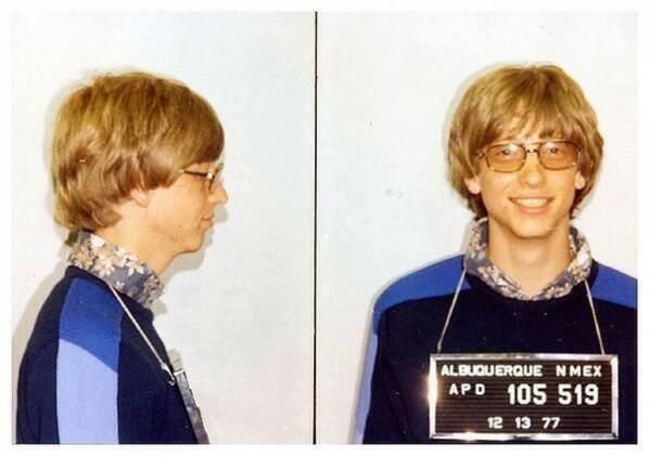 12. Colorized image of the famous Buddhist monk who burned himself to death to protest the persecution of Buddhists by the South Vietnamese government, (1963)

Thich Quang Duc, carried out a self-immolationin order to protest against the government’s torture policy against priests. It is said that Thich Quang Dug never made a sound or moved while he was burning. 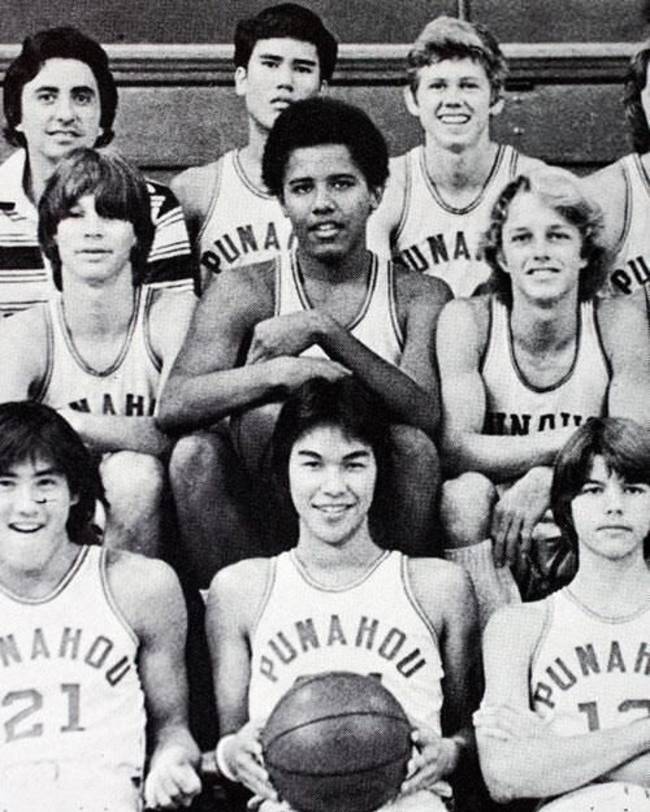 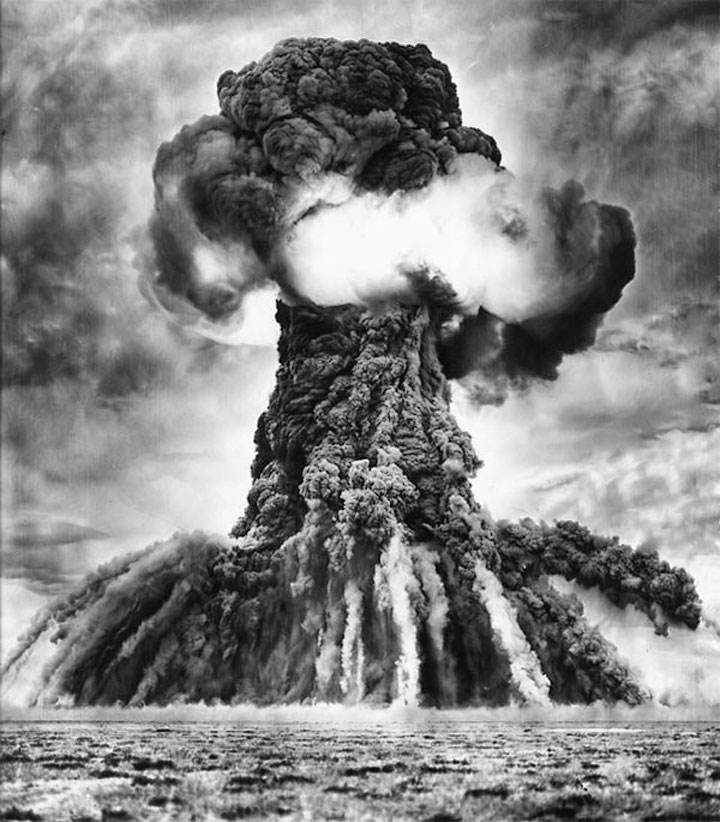 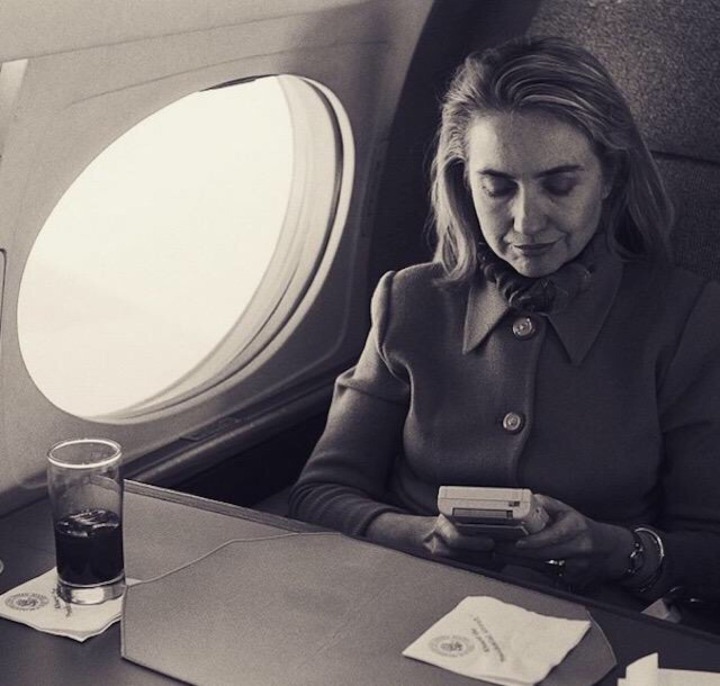 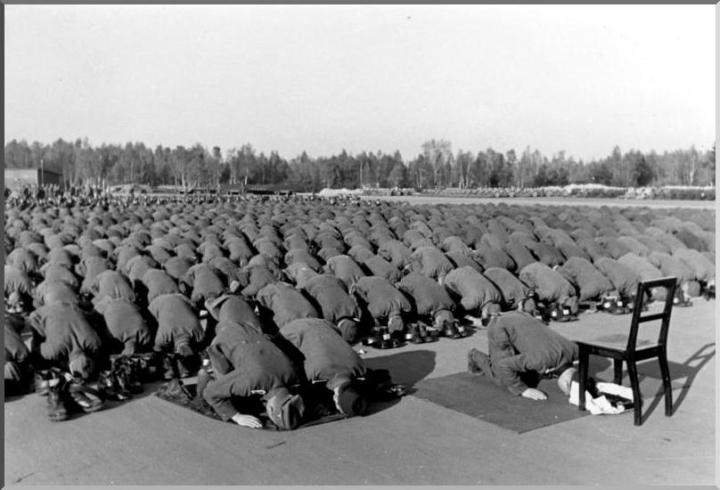 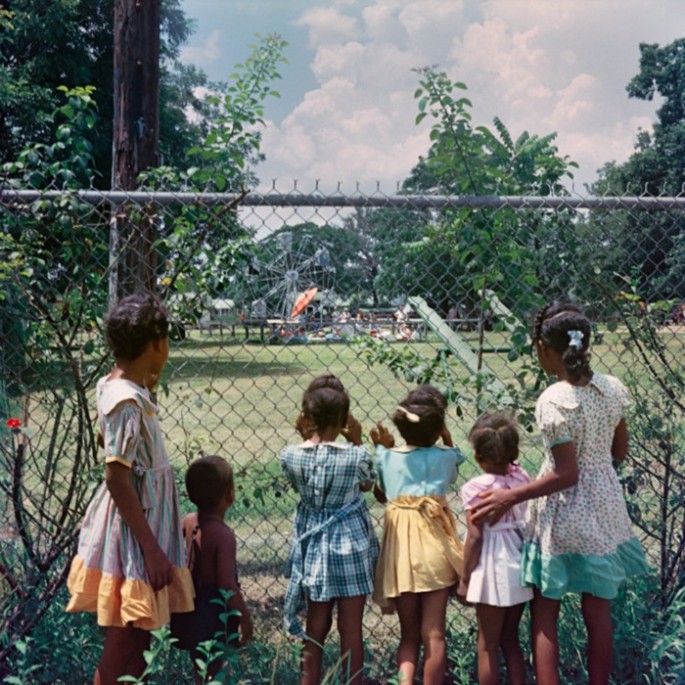 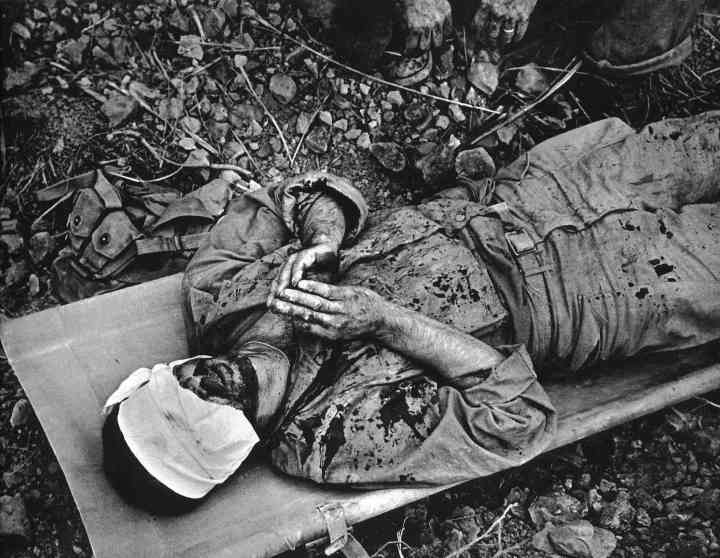 20. Eyeglasses taken from the Auschwitz prisoners, before they were taken to the gas chamber, are found after the liberation and piled up in the six remaining warehouses at the camp, (1945) 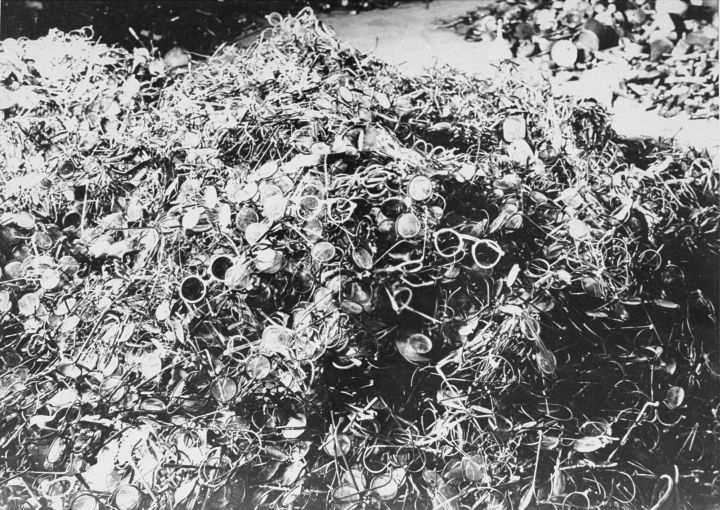 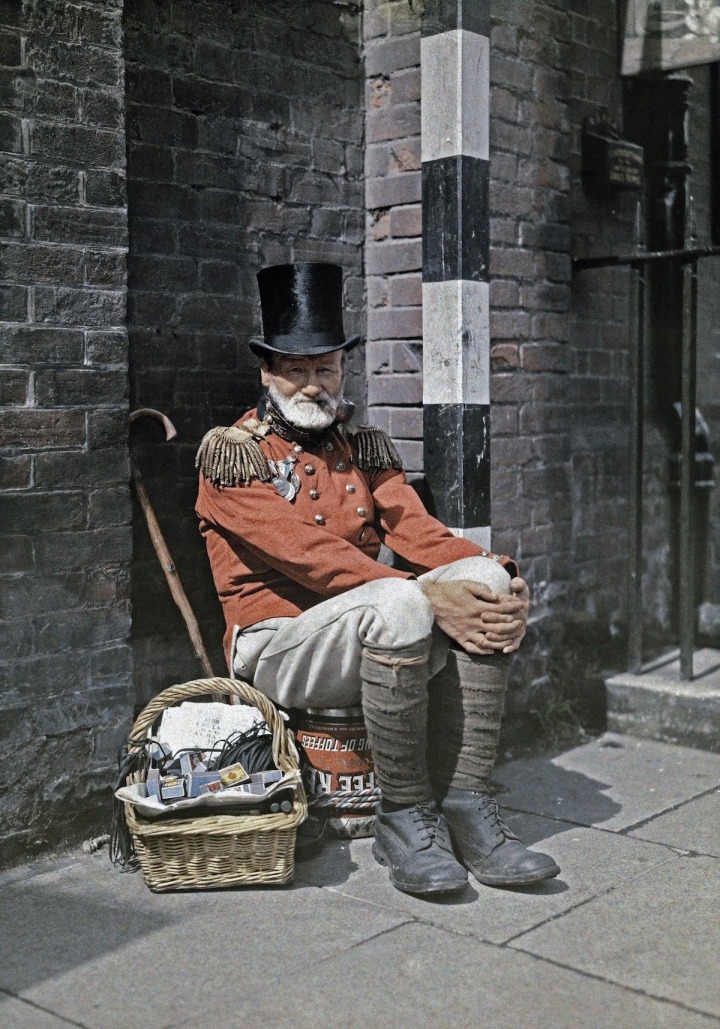 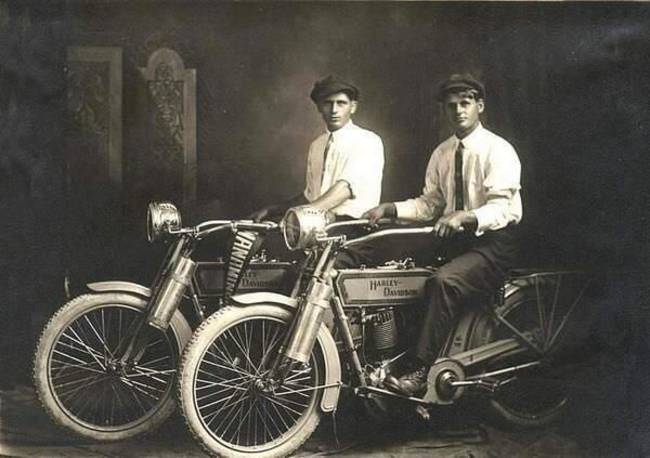 24. A series of Dinosaur tracks in prehistoric limestone are removed from the bed of the Paluxy River in Texas, (1952) 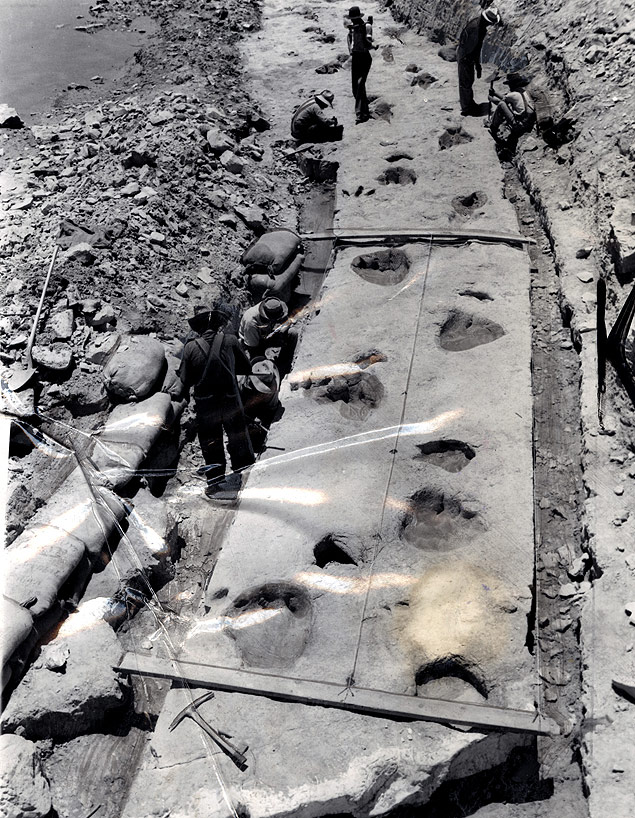 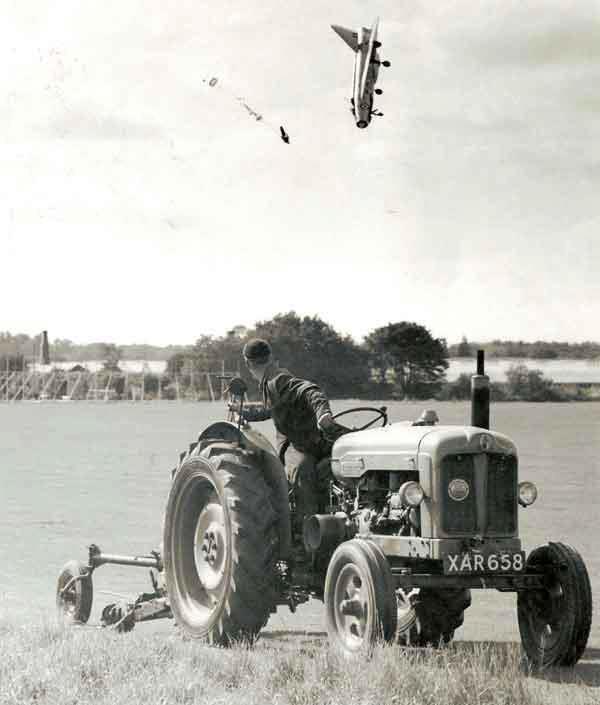 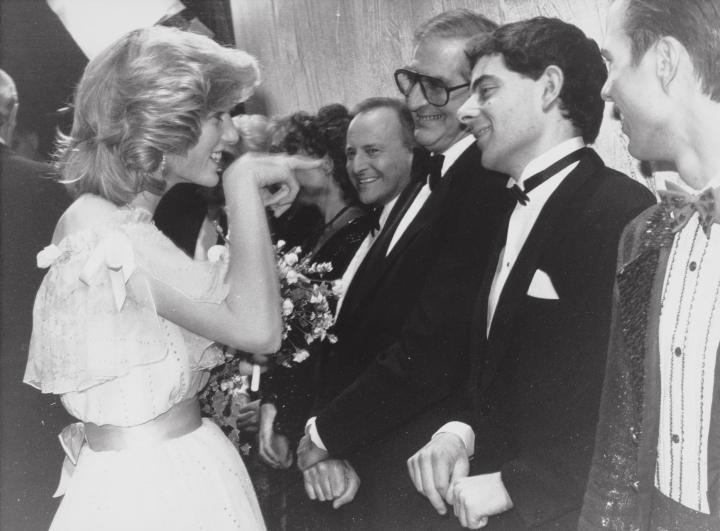 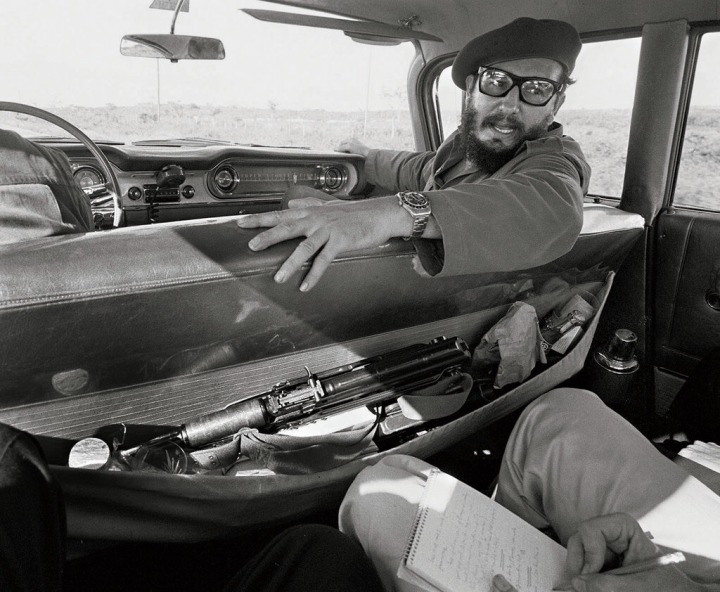 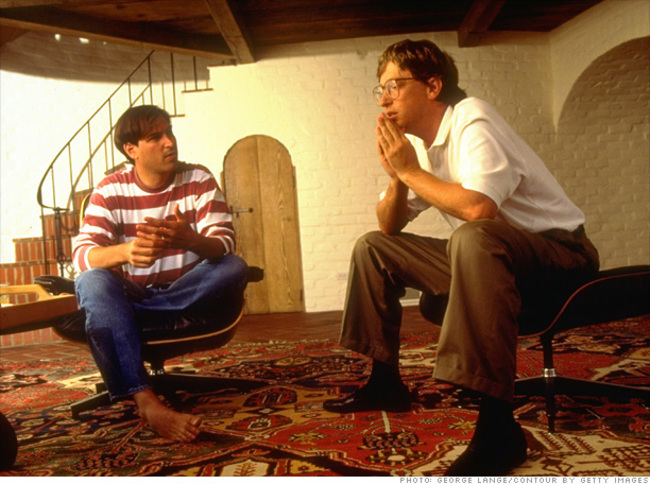 29. A pickup truck flees from the pyroclastic flows spewing from the Mt.Pinatubo volcano in the Philippines, on June 17, 1991. This was the second biggest volcanic eruption of the 20th century. 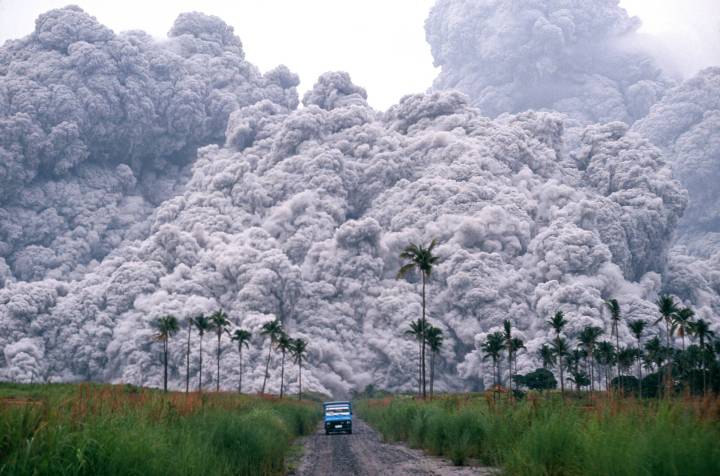 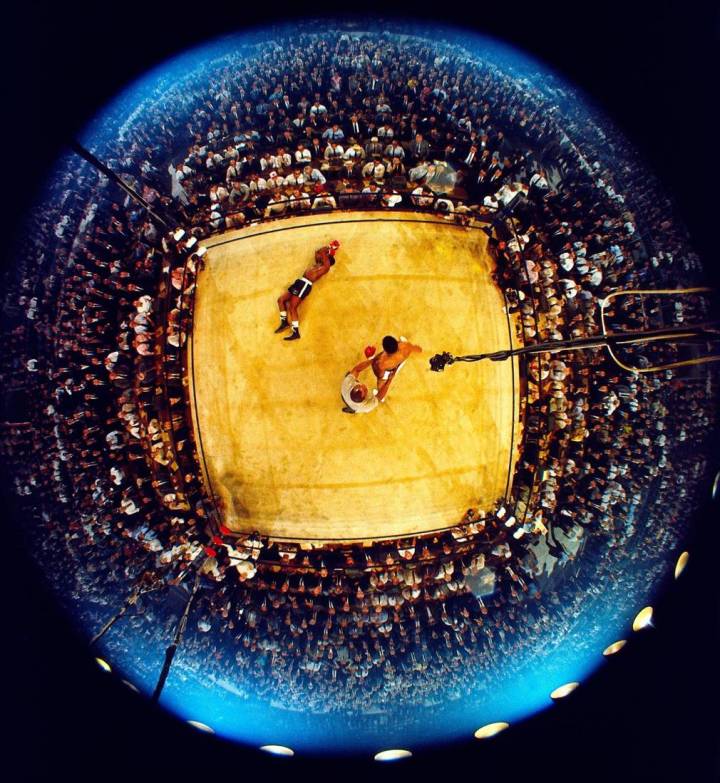 31. A permanent shadow of a victim of the Hiroshima atomic bombing lies cast on the ground that speaks of the severity of the tragedy that engulfed Japan (1945) 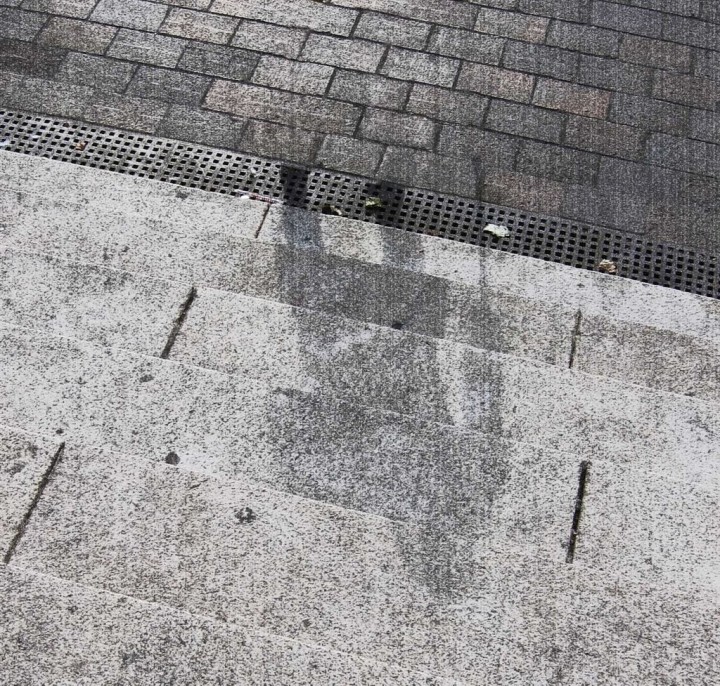 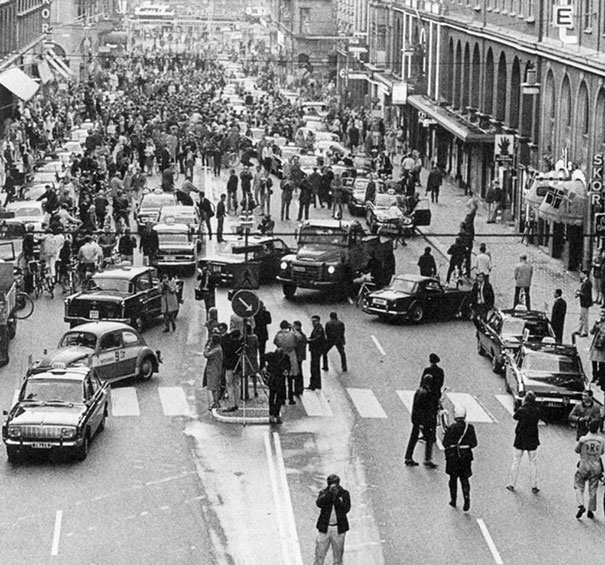 33. Widely considered the photo that changed the face of AIDS. A father comforts his son, David Kirby, on his deathbed in Ohio. Published in LIFE magazine, November 1990. 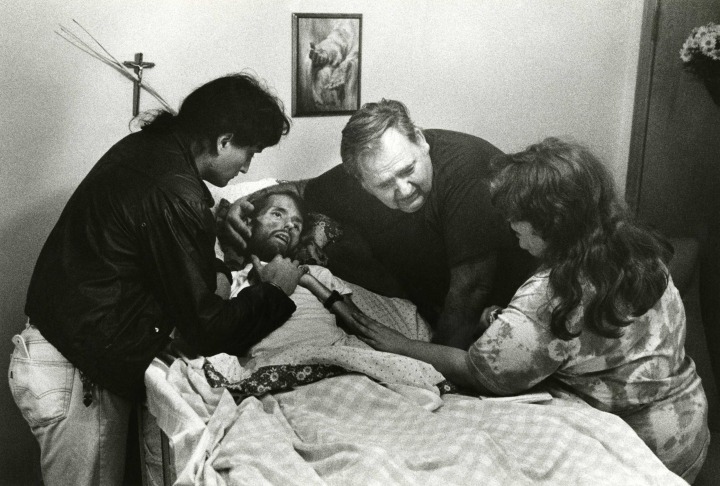