There is a fine line between savagery and humanity, and when that line is crossed for selfish and evil purposes, horrible things happen at the hands of the perpetrator. Following are some of the most barbaric researches, conducted on humans in the name of science that will leave you stunned with fear. 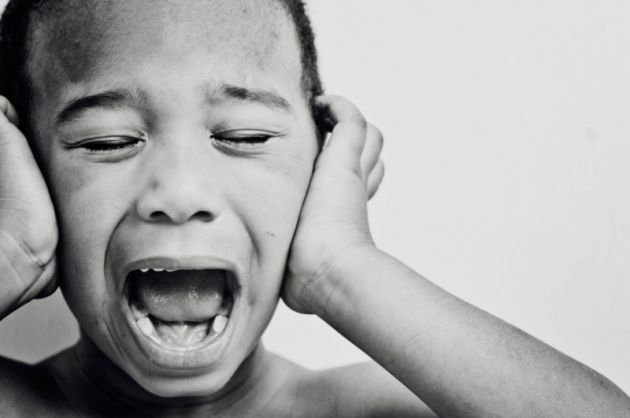 In 1939, a speech pathologist Wendell Johnson and his graduate student Mary Tudor, at the University of Iowa, conducted a stuttering experiment on 22 orphaned children. The experiment involved placing the children into experimental and control groups. One group of children was given positive speech therapy praising them for their fluency and hold of speech. The unfortunate other group of children were given negative speech therapy, harshly criticizing every single flaw or imperfection in speech and constantly telling them that they were stutterers. Many of the children receiving the negative speech therapy, although otherwise normal speakers, suffered severe psychological effects and remained speech impaired for the rest of their lives.

Dubbed as the ‘Monster Study’ by some of Johnson’s peers, the study was kept hidden and cleverly suppressed by the University of Iowa to protect Johnson’s reputation in the wake of the recent Nazi human experiments. The University publicly apologized for the horrific study in 2001. 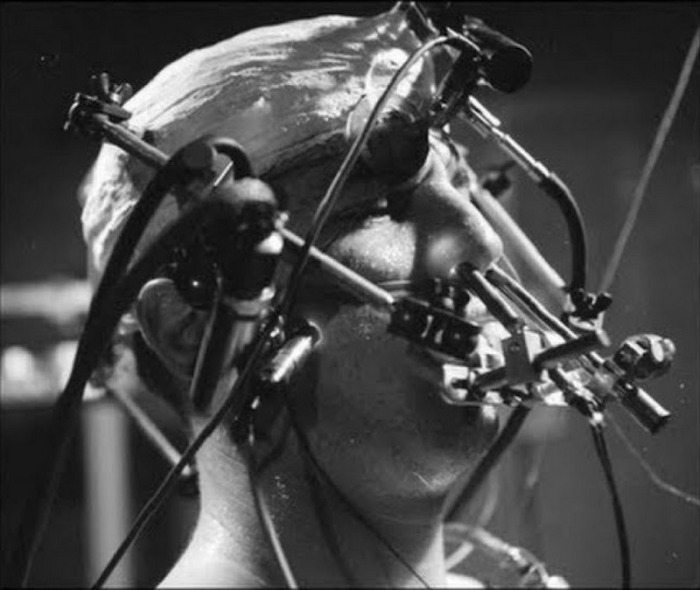 Homosexuality was a taboo back in the apartheid era of South Africa, especially in the armed forces. The homosexuals also called as ‘undesirables’, were carefully recognized with the help of confessions made to the so called ‘privacy-respecting’ army psychiatrists. And after being labelled as mentally ill, they were sent to be ‘fixed’ at the infamous Ward 22 situated at a military hospital near Pretoria. Between 1971 and 1989, as part of a top-secret program to root out homosexuality from the service, as many as 900 sexual reassignment surgeries were carried out by former apartheid army surgeons. Victims as young as 16-24 years of age, were subjected to chemical castrations and electric shock treatment. Although several cases of abuse on lesbian soldiers have been documented, (including one botched sex operation), most of the victims were young white males.

Men were surgically turned into women against their will, then cast out into the world. Their gender reassignments were often incomplete and they were left without the means to pay for expensive hormones to maintain their new sexual identities. 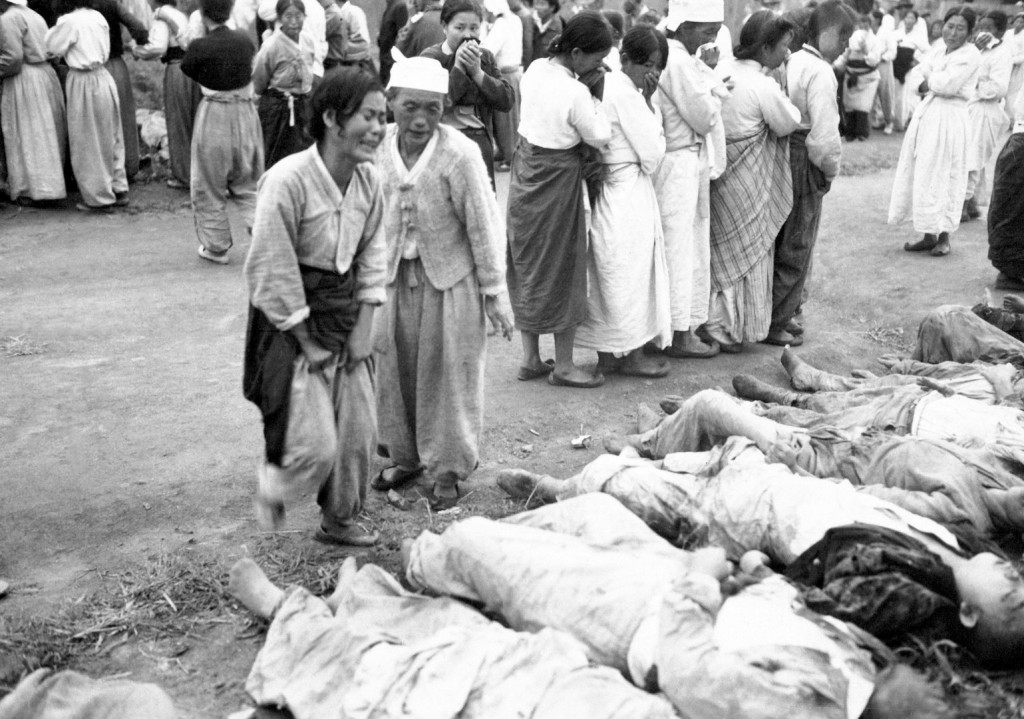 A former Head of Security at Camp 22, describes laboratories equipped respectively for poison gas, suffocation gas and blood experiments, in which 3 or 4 people, normally a family, are the experimental subjects. After undergoing medical checks, the chambers are sealed and poison is injected through a tube, while “scientists” observe from above through glass. It is said that each month, a black van known as “the crow” collects 40-50 people from a camp and takes them to an known location for experiments.

4. Hepatitis Studies in the Mentally Disabled 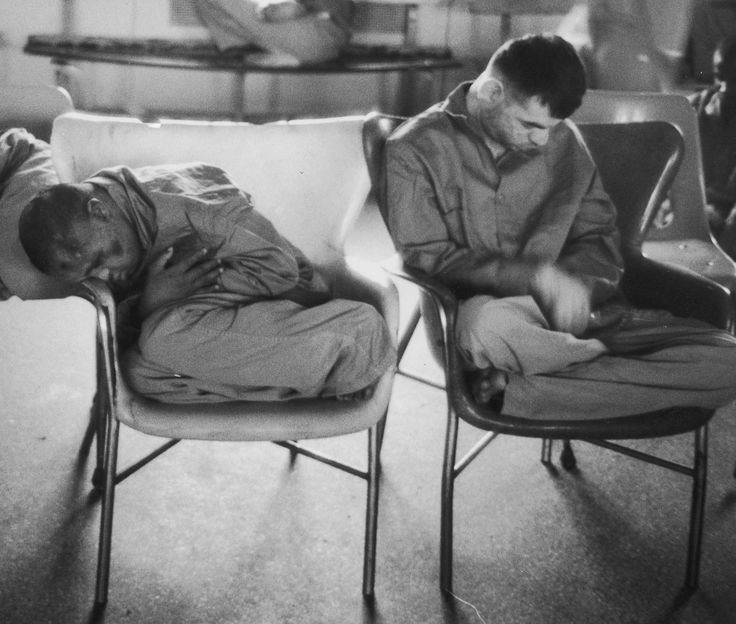 In the 1950s, an institution run by the New York State for mentally handicapped children, named Willowbrook State School, had an unexpectedly huge outbreak of hepatitis. Given the unhygienic conditions, it was but inevitable that every single child would eventually be affected. Dr. Saul Krugman, who was sent to investigate the outbreak, proposed an experiment that would assist in developing a vaccine.

However, the experiment required deliberately infecting children with the disease. Though Krugman’s study was controversial from the start, critics were eventually silenced by the permission letters obtained from each child’s parents. In reality, offering one’s child to the experiment was often times the only way to guarantee admittance into the overcrowded institution.

Responsible for some of the most inhumane experiments on humans, Unit 731 was a top secret chemical and biological warfare research and development unit of the Imperial Japanese Army set up during the Second Sino-Japanese War and World War II. It was responsible for some of the most heinous war crimes carried out under the supervision of Japanese commander Shiro Ishii and other Japanese personnel under his command.

The experiments are gory to even mention, but some of the them include vivisection of living people (including pregnant women who were impregnated by the doctors), prisoners had limbs amputated and reattached to other parts of their body, some prisoners had parts of their bodies frozen and thawed to study the resulting untreated gangrene. Humans were also used as living test cases for grenades and flame throwers. Prisoners were injected with strains of diseases, disguised as vaccinations, to study their effects. To study the effects of untreated venereal diseases, male and female prisoners were deliberately infected with syphilis and gonorrhea via rape, then studied.

Shiro Ishii was granted immunity by the American Occupation Authorities and thus never spent time in jail for his crimes. He lived till the age of 67 and died of throat cancer. 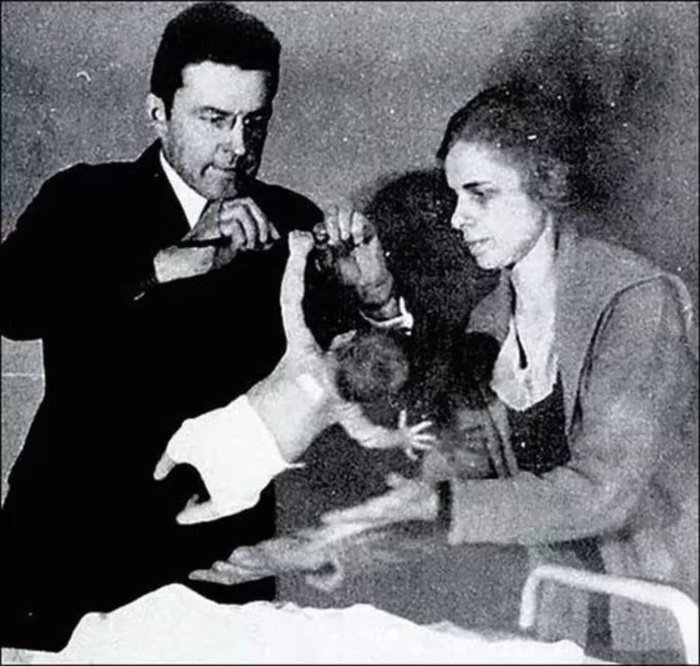 Yes…newborns! In 1960’s, researchers at the University of California began experiments on blood pressure and blood flow. So, they decided to use newborns for their studies. Atleast 113 babies, all between an hour to three days old, were subjected to catheter insertions through the umbilical arteries into the aorta, submersions in icy cold water for testing aortic pressures, and in one set of experiment 50 babies were tied to the circumcision boards individually and then tilted so that their blood rushed to their head and their blood pressure could be monitored. 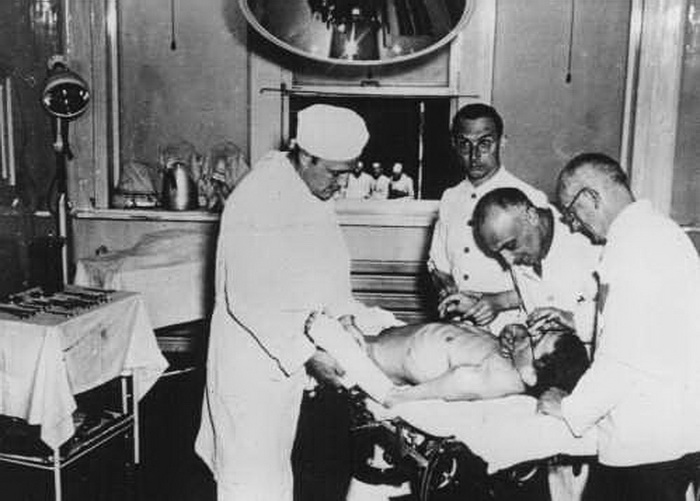 Conducted in concentration camps during the German Nazi regime, the Nazi human experimentation was among the worst World War ll crimes. Selected inmates at Auschwitz were subjected to a whole range of wild and barbaric experiments under the supervision of Dr. Eduard Wirths, which were designed to aid German personnel in combat, help in quick recovery of injured soldiers and supposedly back the racial ideology supported by the Third Reich.

As many as 1500 pairs of twin children in concentration camps were used as test subjects to show the similarities and differences in the genetics and eugenics of twins, as well as to see if the human body can be unnaturally manipulated. Only 200 individuals survived the studies. The twins were arranged by age and sex and kept in barracks in between the tests – which ranged from the injection of different chemicals into the eyes of the twins to see if it would change their colors to literally sewing the twins together in hopes of creating conjoined twins.

Under one study, subjects were forced to endure a tank of ice water for up to three hours in hopes to find a way of treating hypothermia. Another study placed naked prisoners naked in the open for several hours with temperatures below the freezing point. Other experiments included inflicting the wounds of the subjects with bacteria such as Streptococcus, gas gangrene, and tetanus. Circulation of blood was interrupted by tying off blood vessels at both ends of the wound to create a condition similar to that of a battlefield wound. Infection was aggravated by forcing wood shavings and ground glass into the wounds. After the war, these crimes were tried as part of the Nuremberg Trial and ultimately led to the development of the Nuremberg Code of medical ethics. 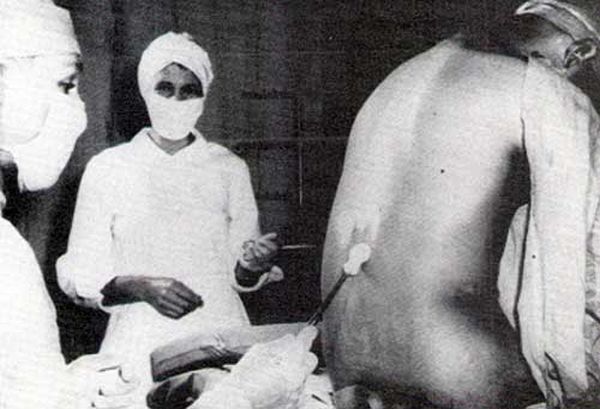 The Tuskegee Syphilis Study was a racial crime in which 399 poor and illiterate African American sharecroppers were denied treatment for Syphilis. And that isn’t even the horrendous part of the experiment. The conditions in which the study was carried out and the manner in which the patients were kept are, in fact, the reason behind major changes in how patients are protected in clinical studies today.

The patients weren’t informed about the diagnosis. Instead they were told that they had ‘bad blood’ and that they could receive free medical treatment, rides to the clinic, meals and burial insurance in case of death in return for participation. Initially in the 1930’s, the standard treatments for Syphilis were mostly toxic and ineffective. Part of the original goal of the study was to determine if patients were better off not being treated with these toxic remedies. Majority of the patients received little or no treatment and were lied and given placebo treatments—in order to observe the fatal progression of the disease. By the end of the study, only 74 of the test subjects were still alive. Twenty-eight of the men had died directly of syphilis, 100 were dead of related complications, 40 of their wives had been infected, and 19 of their children had been born with congenital syphilis.

The Poison laboratory of the Soviet secret services, also known as Laboratory 1, Laboratory 12 and “The Chamber”, was a secret poison research and development facility of the Soviet secret police agencies. The Soviets tested a number of deadly poisons on prisoners from the Gulag (”enemies of the people”), including mustard gas, ricin, digitoxin and many others. The goal of the experiments was to find a tasteless, odourless chemical that could not be detected post mortem. Candidate poisons were given to the victims, with a meal or drink, as “medication”.

Finally, a preparation with the desired properties called C-2 was developed. According to witness testimonies, the victim changed physically, became shorter, weakened quickly, became calm and silent and died within fifteen minutes. Mairanovsky brought to the laboratory people of varied physical condition and ages in order to have a more complete picture about the action of each poison. In addition to human experimentation, Mairanovsky also personally executed people with poisons. 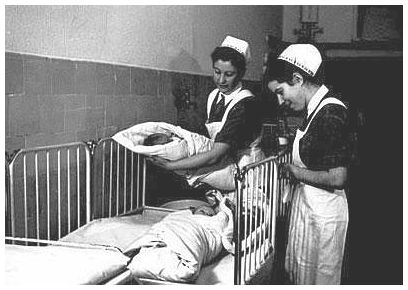 The Nazi human experiments are historically known for their barbaric atrocities on ‘human test subjects’. Among the many sadistic studies was one conducted by the notorious Heinrich Himmler. He ordered a Nazi doctor to artificially inseminate concentration camp prisoners though various experimental methods. Dr. Carl Clauberg artificially inseminated about 300 women at Auschwitz, who were strapped down and taunted mercilessly. Clauberg terrorized his victims by constantly taunting them that he had used animal sperm to create a monster inside of them.